In Pursuit Of Oblivion

Following an inept attempt at self-destruction, Martin awakes in hospital in the next bed to Billy. Instead of the sympathy and understanding he might have expected following his ‘cry for help’ Martin gets an excoriating, dystopian, nihilistic view of the world, people, relationships, himself and anything else that gets in the way of Billy’s own relentless pursuit of truth and oblivion.
It’s not what he expected. It’s not what he wants. It is what he needs. 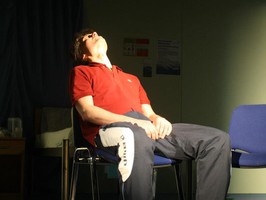 Joel Parry in In Pursuit of Oblivion